Don’t waste your breath telling Derek Drake “No” if his mind is made up. It’s a piece of advice that becomes clear when you find out a total of 25 banks and financial institutions refused his plan for Ditto Foods, a minority-owned hydroponic urban farm, until he finally got the “Yes” and the financing he needed.

By teaming up with Market Wagon, Derek is able to advance his mission by connecting with customers throughout Chicagoland without having to make the deliveries himself—which is no small thing for this father of four who is also the lead singer of a local rock band. 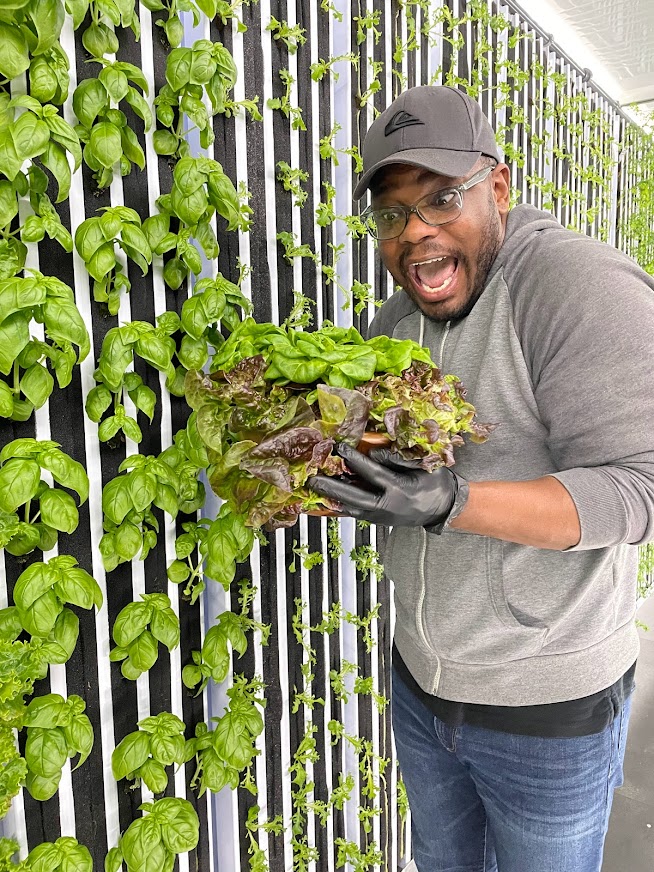 Derek’s dream began in the middle of the pandemic. At the time, he was the food and beverage director on Northwestern University’s campus for Kellogg School of Management’s Executive Education and EMBA programs.

When he was furloughed, it gave this self-proclaimed “bleeding heart hippie” the chance to better pursue his dream of urban farming and creating generational wealth for his husband Brad, who is an executive at a nonprofit, and their four children. 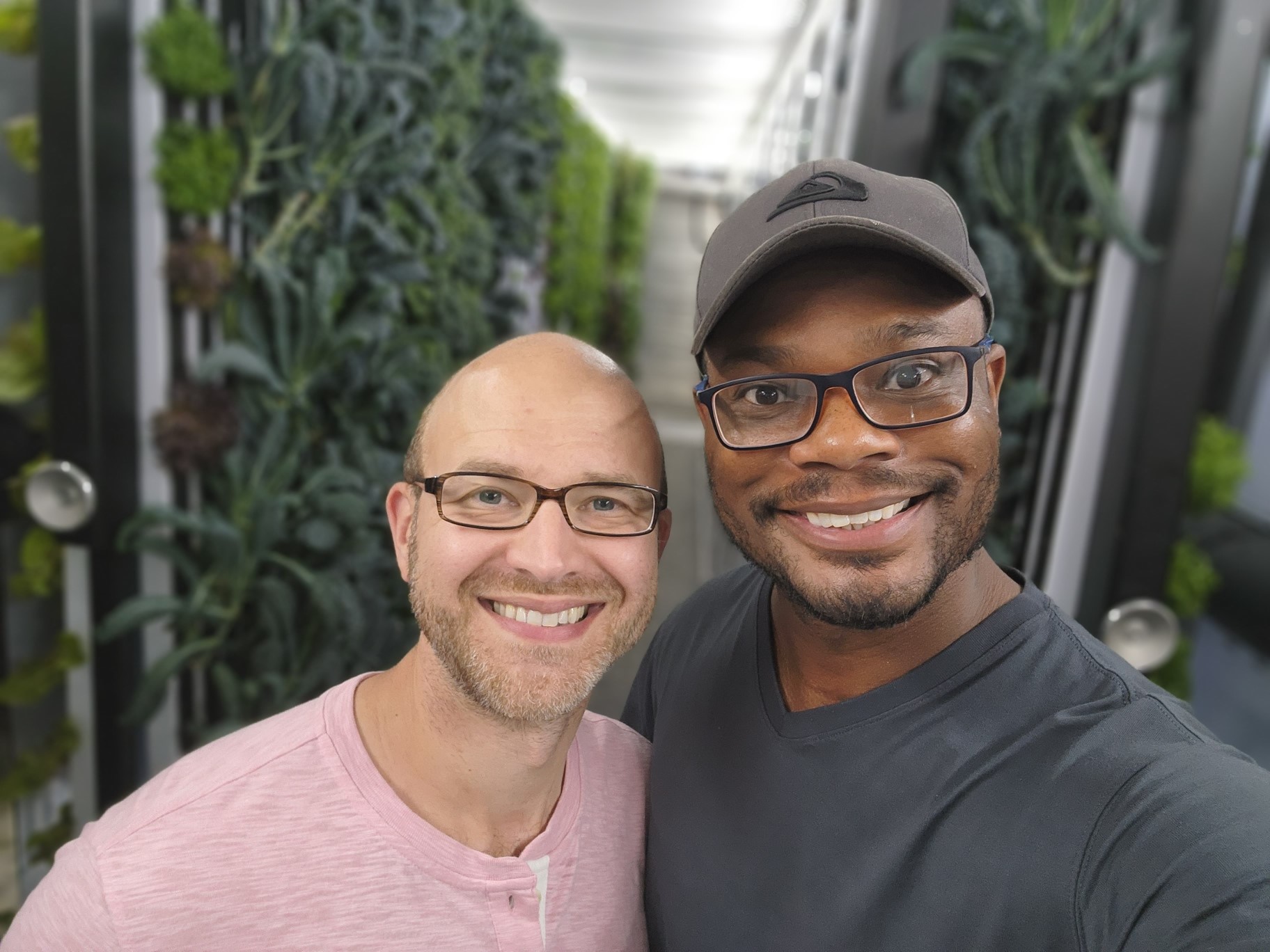 Despite an MBA, as well as undergraduate degrees in both social work and vocal performance, each bank and credit union that Derek approached refused financing. It’s a process that went on for almost two years until one of the loan officers who had said no, took the personal initiative to connect Derek with an institution which had more leniency with startups like Ditto Foods and was willing to say “Yes”—an action which Derek calls “divine intervention.”

The big moment finally arrived on Dec. 31, 2021, New Year’s Eve, when the trailer arrived at Derek and Brad’s home in Mokena, a south suburb of Chicago. 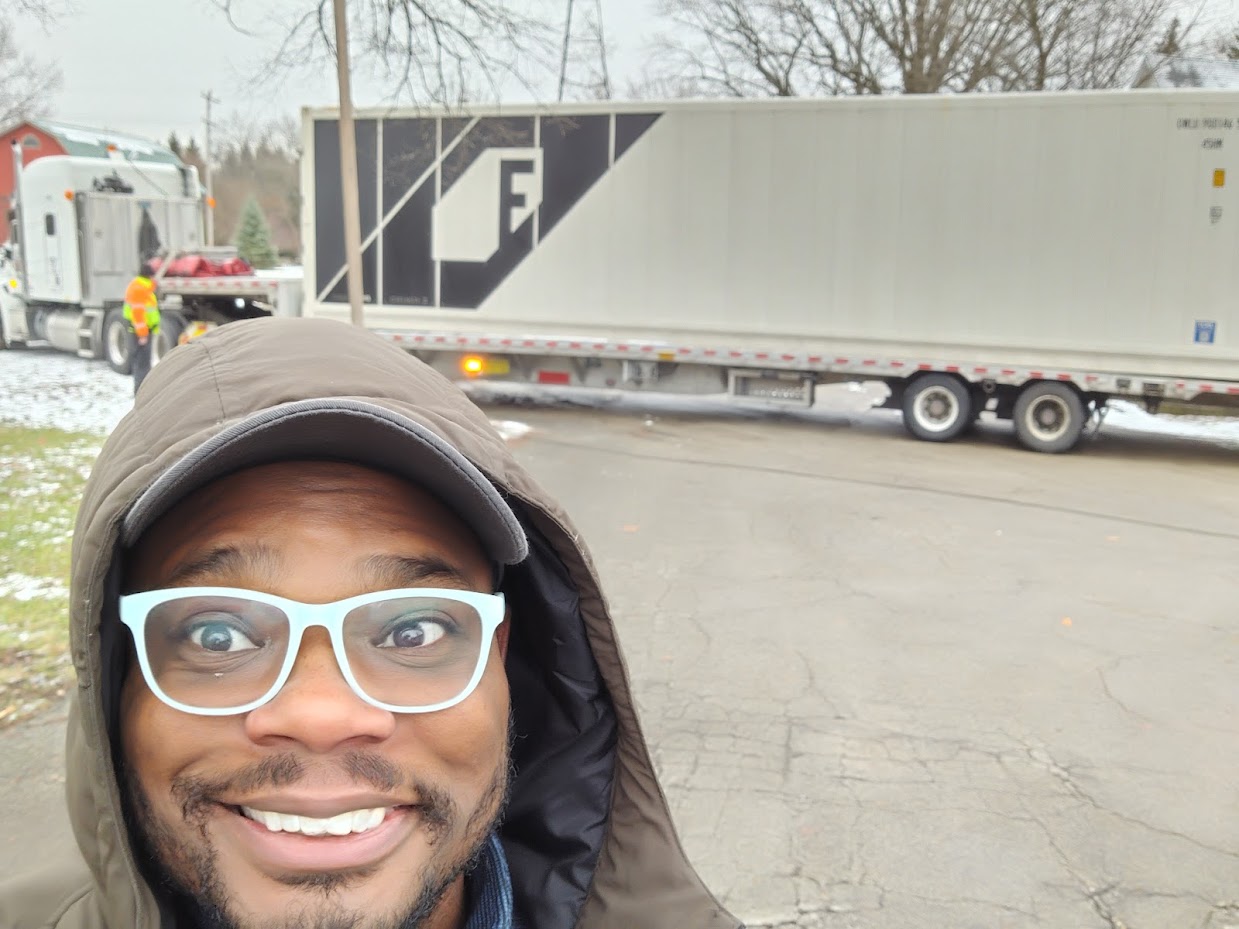 Ditto Foods is a hydroponic operation, which means everything is grown in a closed environment—no soil, fertilizer or even natural sunlight needed. Instead, plants are raised in an indoor atmosphere and fed the exact nutrient mix needed for optimum growth. 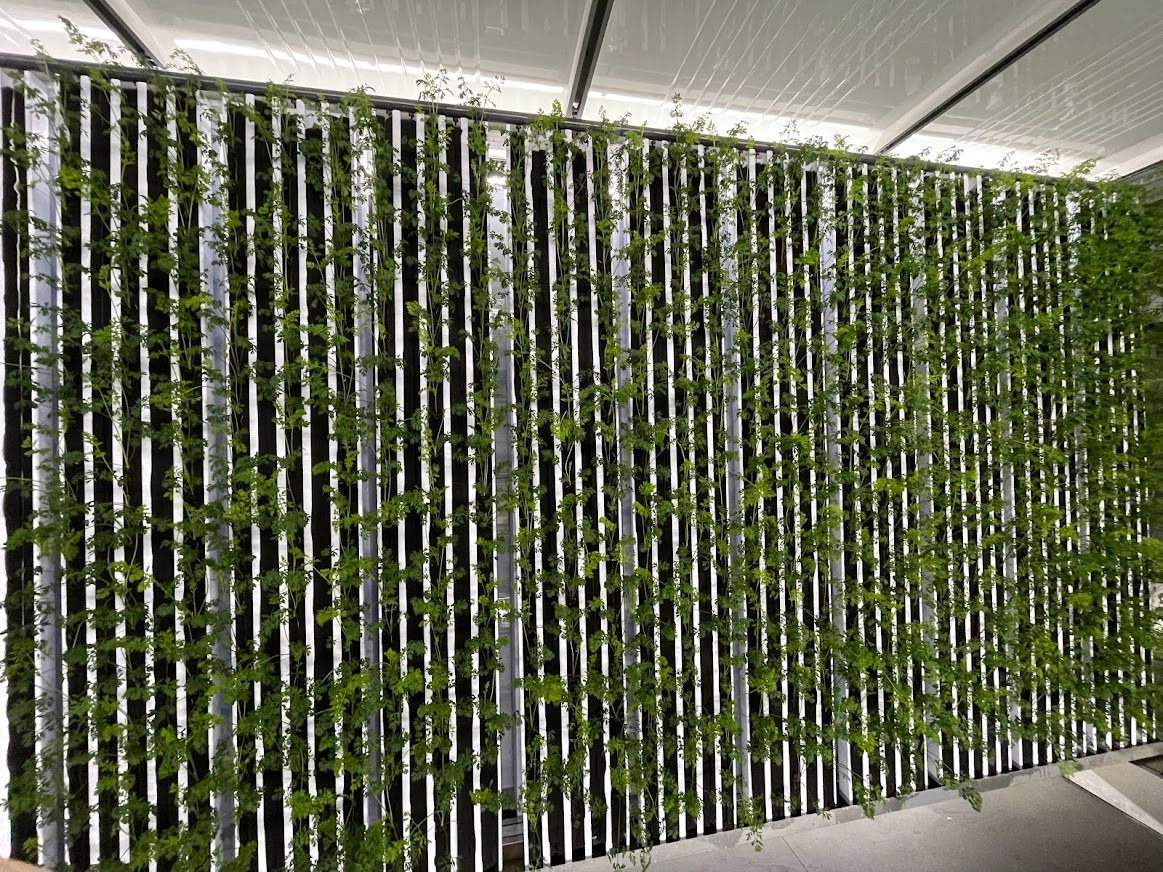 Derek should be able grow about 3 acres of vegetables a year in a specially designed trailer that measures 8 feet wide by 40 feet long for a grand total of 320 square feet.

The first seeds were planted on March 1. In just six weeks, on April 15, Derek was able to harvest the first crops.

“That felt so good,” Derek said. “It was nerve-wracking. You spent two years telling banks what you could do if given the opportunity. It was time to put up or shut up.” 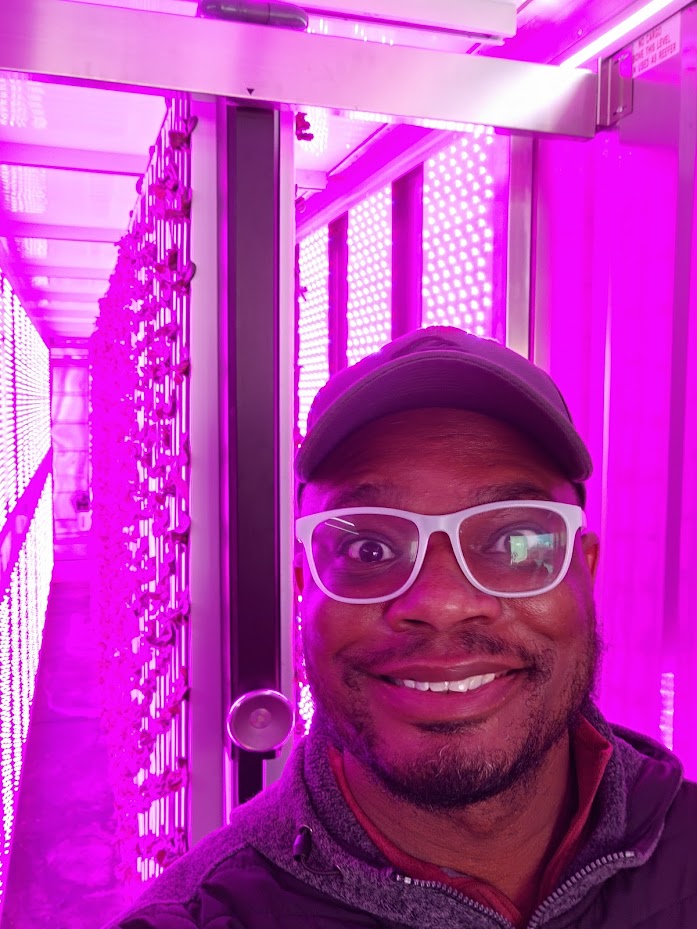 Despite the long struggle, Derek says he wouldn’t change a single thing about the process, even the 25 answers of no. Instead, each step taught him new things about himself. And this is just the beginning for Ditto Foods. He plans to scale up and have a trio of farms, each with slightly differently atmospheres to facilitate perfect growing conditions for different crops. 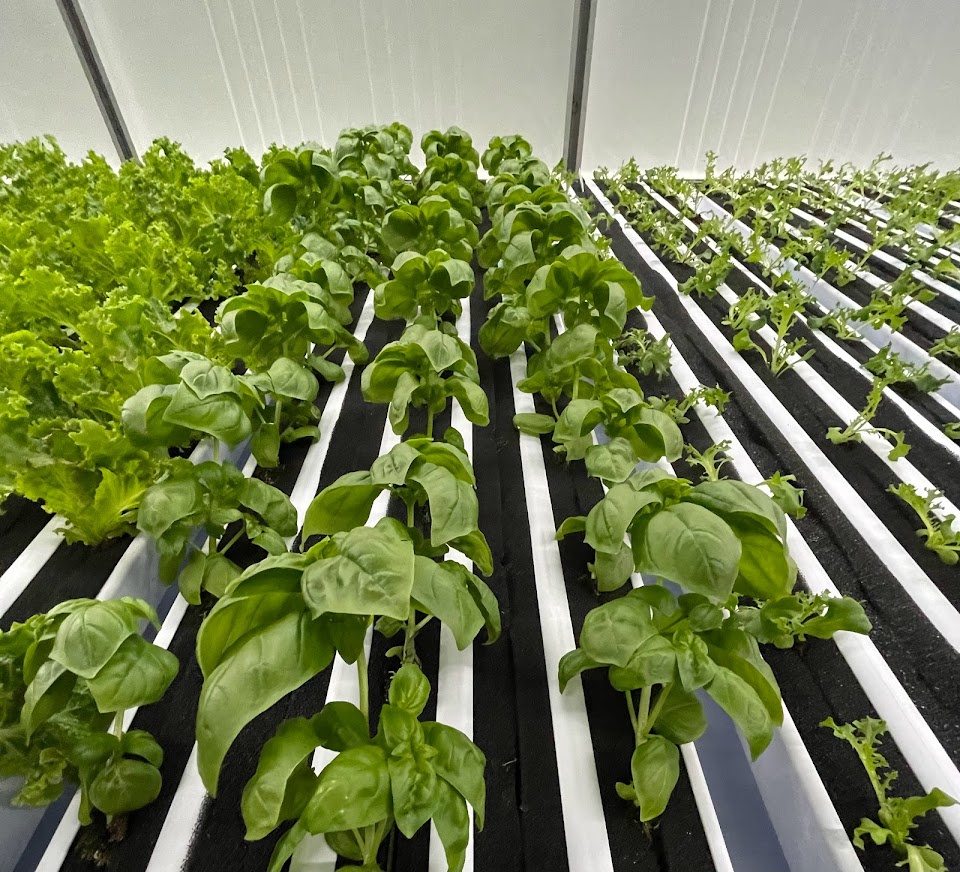 And while he looks to build a better life for his family, service and democratizing the food system is at the heart of everything he does. That’s because the farm’s location is close to Ford Heights, the village that Derek grew up in and is still very close to his heart.

“While my job is a farmer, my real work is bringing these resources to the community who didn’t have them before,” Derek said. 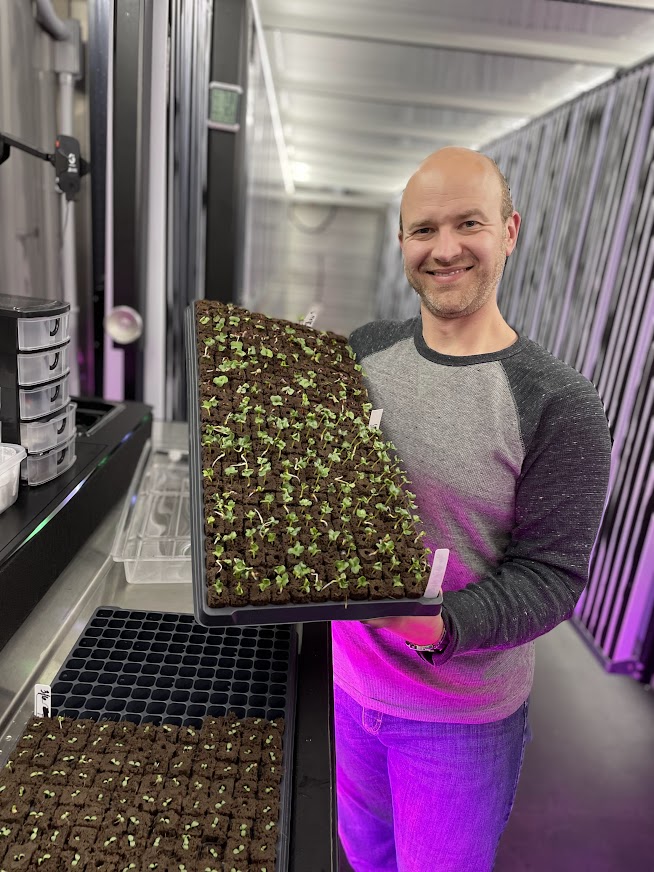 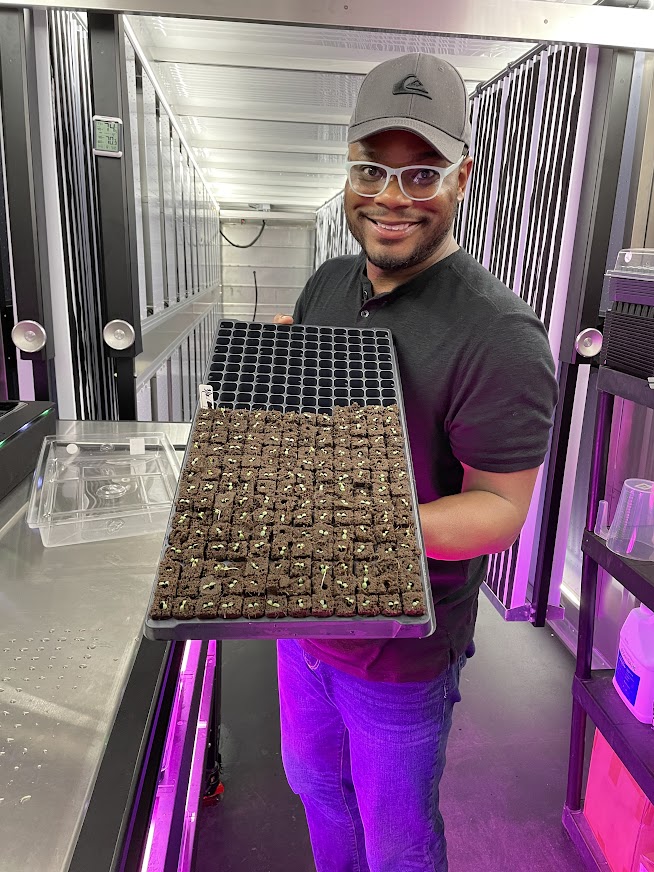 Derek is on the board for a local nonprofit called “Families Helping Our Future” which is committed to provide organized sports to low-income areas and serve the community’s needs. A portion of his produce is donated to the Cornerstone Community Development Corporation in Ford Heights which has several anti-hunger initiatives. Derek also hopes to soon be able to offer field trips to local schools and participate in health and wellness fairs. 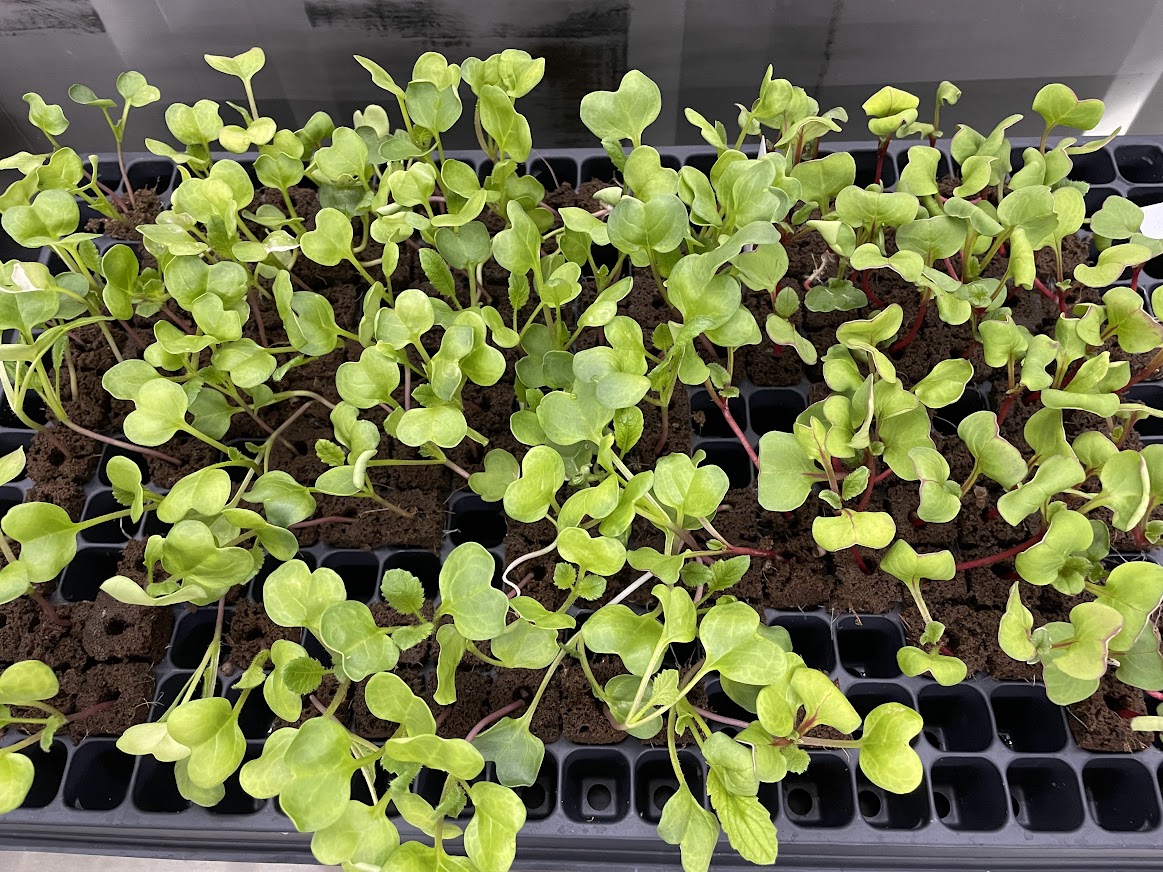 Derek said partnering with Market Wagon was only natural as he looks to grow and expand. It allows his small farm to reach millions of people without taking Derek away from the operation. Because, as he is quick to point out, while the average head of lettuce in the grocery store is touched by 45 sets of hands, everything you get from Ditto Foods is only handled by him. 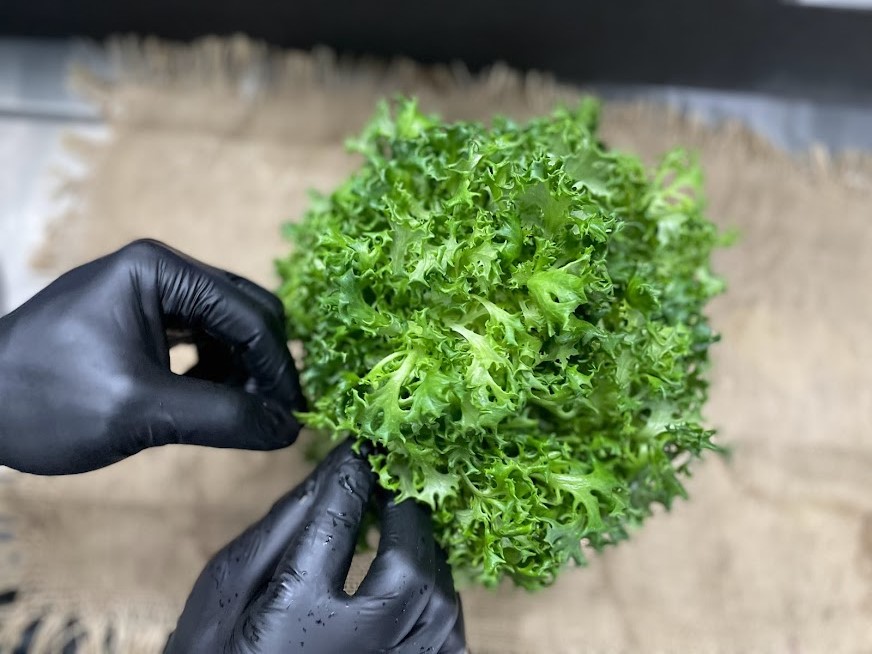 When it comes to his products on Market Wagon, Derek’s favorite offering is the red butterhead lettuce because it is beautiful as well as incredibly tasty with lots of nuance. He describes it as a buttery flavor with a tart finish.

He also recommends the Green Star lettuce with beautiful shiny ruffles. He says it’s perfect for sandwiches and burgers. 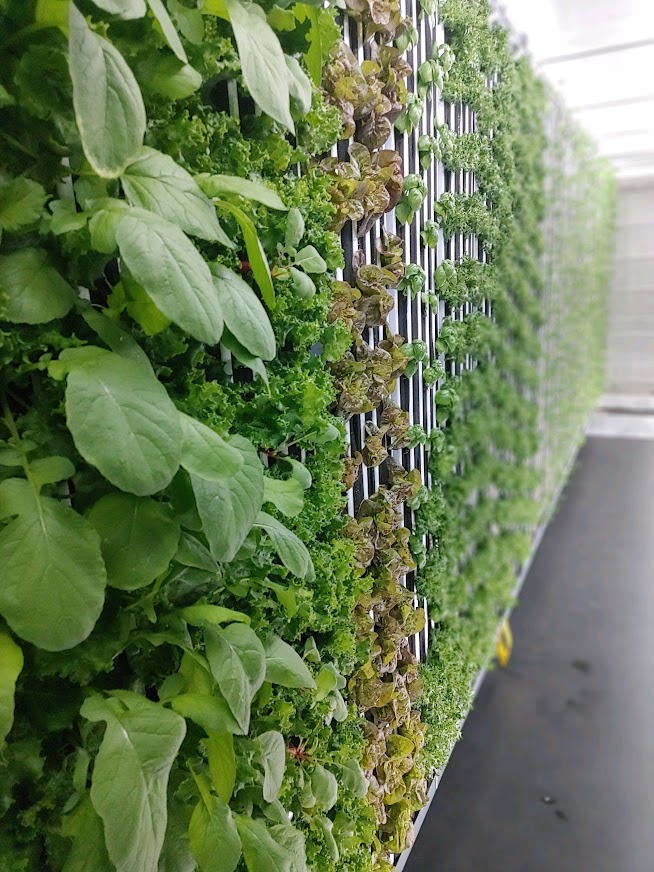 If you’re looking to make an even greater impact on the mission of Ditto Foods, look no further than the Butta’ Blend Salad Mix which is a signature combination of several different varieties of lettuce. A total of 10% of Butta Blend sales subsidize the cost for produce boxes for residents in Ford Heights and other donations. 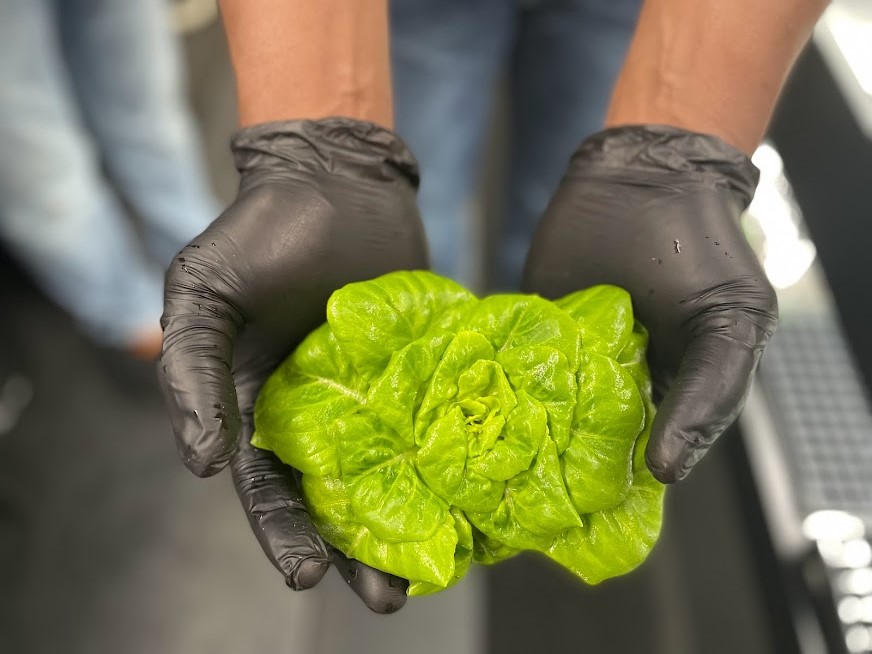 And as summer quickly turns to fall, don’t overlook the herbs produced by Ditto Foods like thyme which are perfect for colder weather recipes like soups and roasting.

Meanwhile, in addition to everything else, for more than 15 years, Derek has been the lead singer in a rock band called Pioneer7. He describes it as a bunch of suburban dads who like to rock out. They hope to release their sixth album sometime next year. 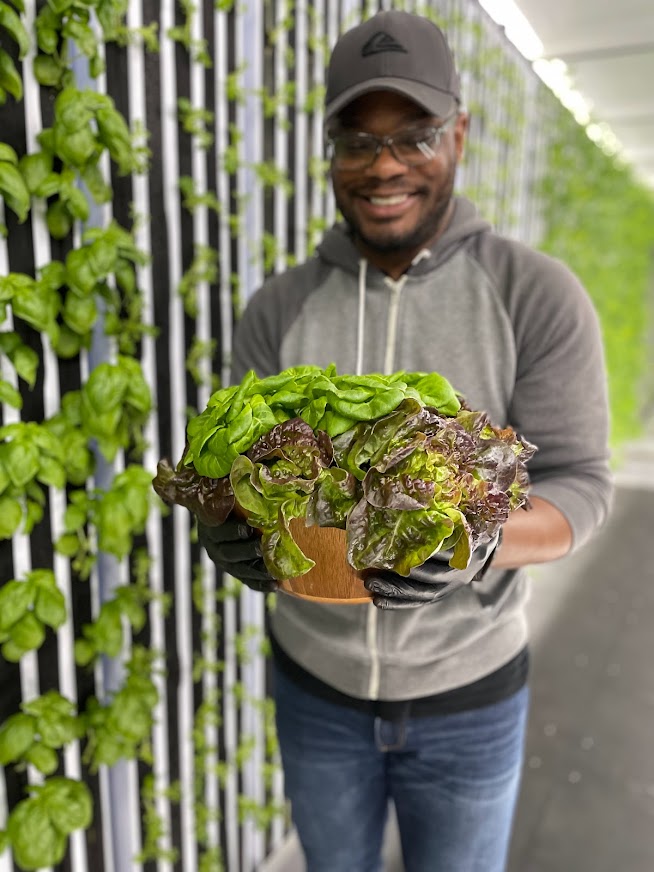