Eat Well. Do Good: Sorce Freshwater takes a bite out of the invasive Copi

It’s the second healthiest fish in the world—and the fish that is eaten more than any other worldwide. The problem is that Copi are invading American waterways in numbers that are truly mindboggling. That’s why Roy Sorce, owner of Sorce Freshwater Co., is looking to do his part to provide a tasty solution by offering this very mild, odor-free white fish for sale.

By selling Copi on Market Wagon, for the first time, people can choose this environmentally friendly and delicious option for themselves and have it delivered to their front door. At the same time, they’re choosing a locally-sourced fish—one of the few caught and processed in the United States. 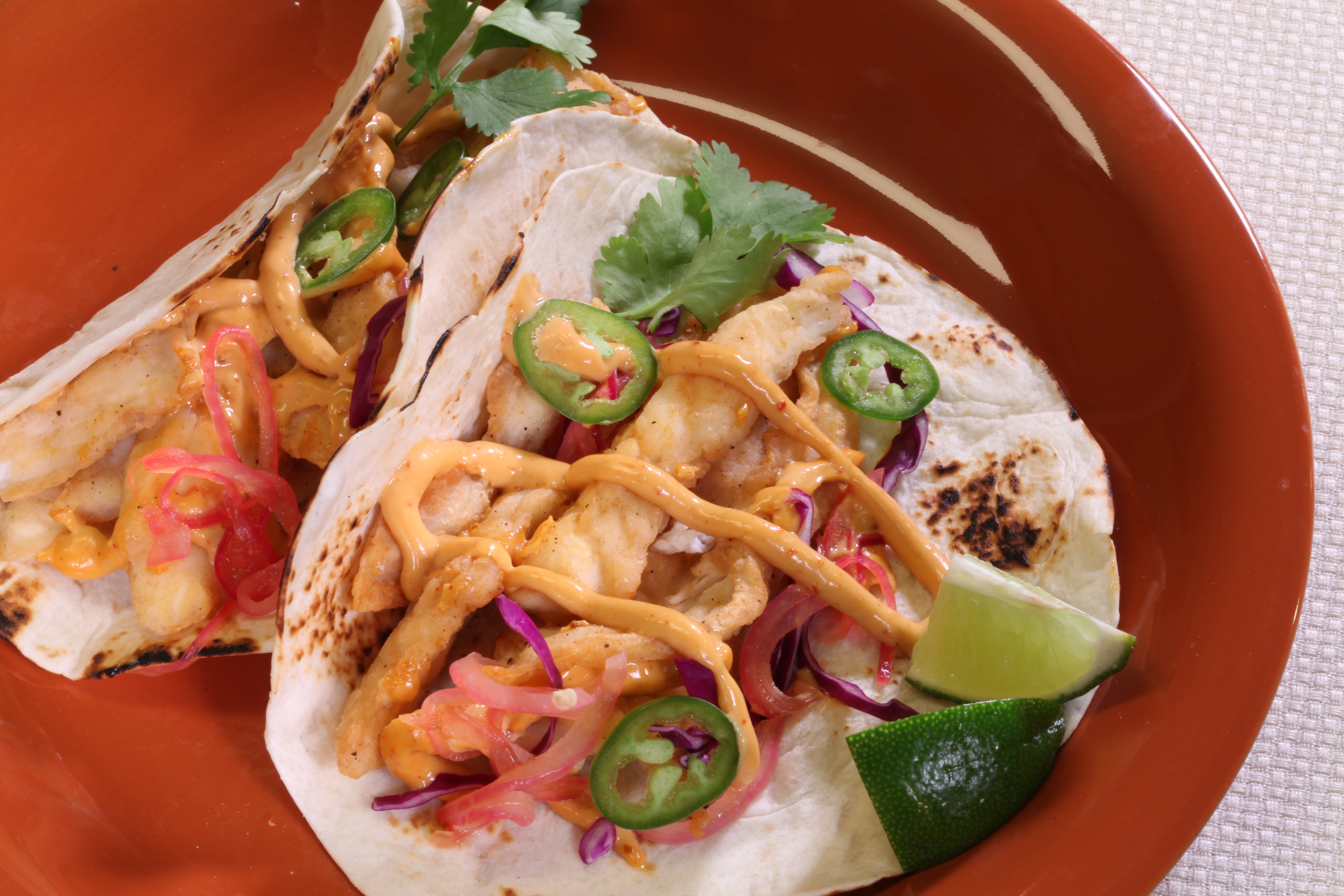 For Roy, it really started with a freezer. His father started a food service business 51 years ago. Roy was looking for new opportunities to better utilize the space in 2019.

He connected with a group of commercial fishermen who fished the waters of the Illinois River near Peoria. For years, it had been a struggle filled with uncertainty. They might spend all day on the river, hauling fish in for 10-12 hours, then immediately drive it to a processor with no guarantee of actually selling the fish. Some nights they may be turned away because the processor didn’t need any additional fish. 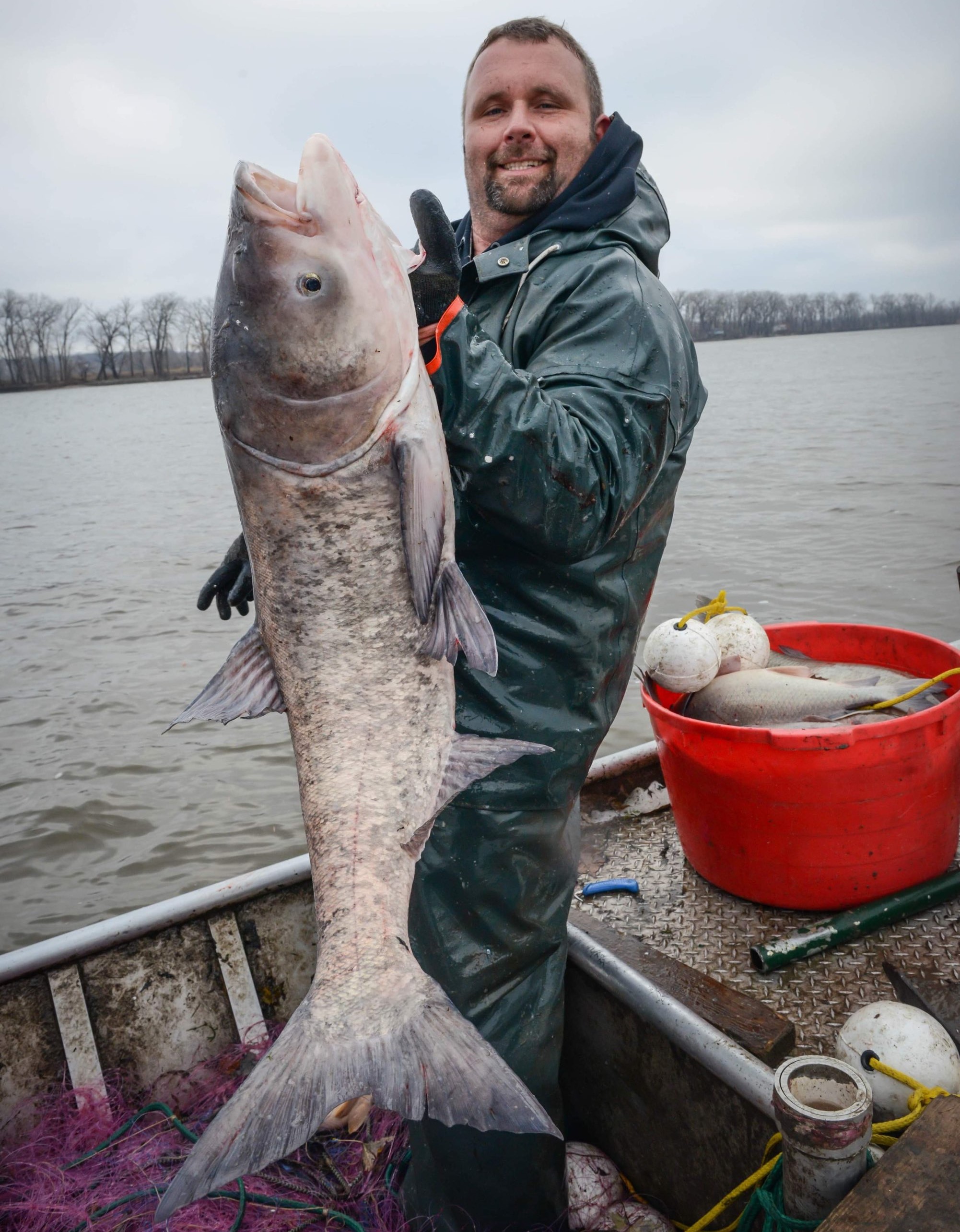 Roy helped the fishermen form the Midwest Fish Coop, then formed Sorce Freshwater himself, promising to buy all their entire haul at a fair price, immediately putting the fish on ice and bringing it to the processors himself.

The fish is called Copi. The name is a result of a rebranding effort unveiled in June by the Illinois Department of Natural Resources. It’s an effort to replace the term Asian carp—because even though Copi is a clean, top-feeding fish, most Americans confuse it with other species of carp which are bottom-feeders. 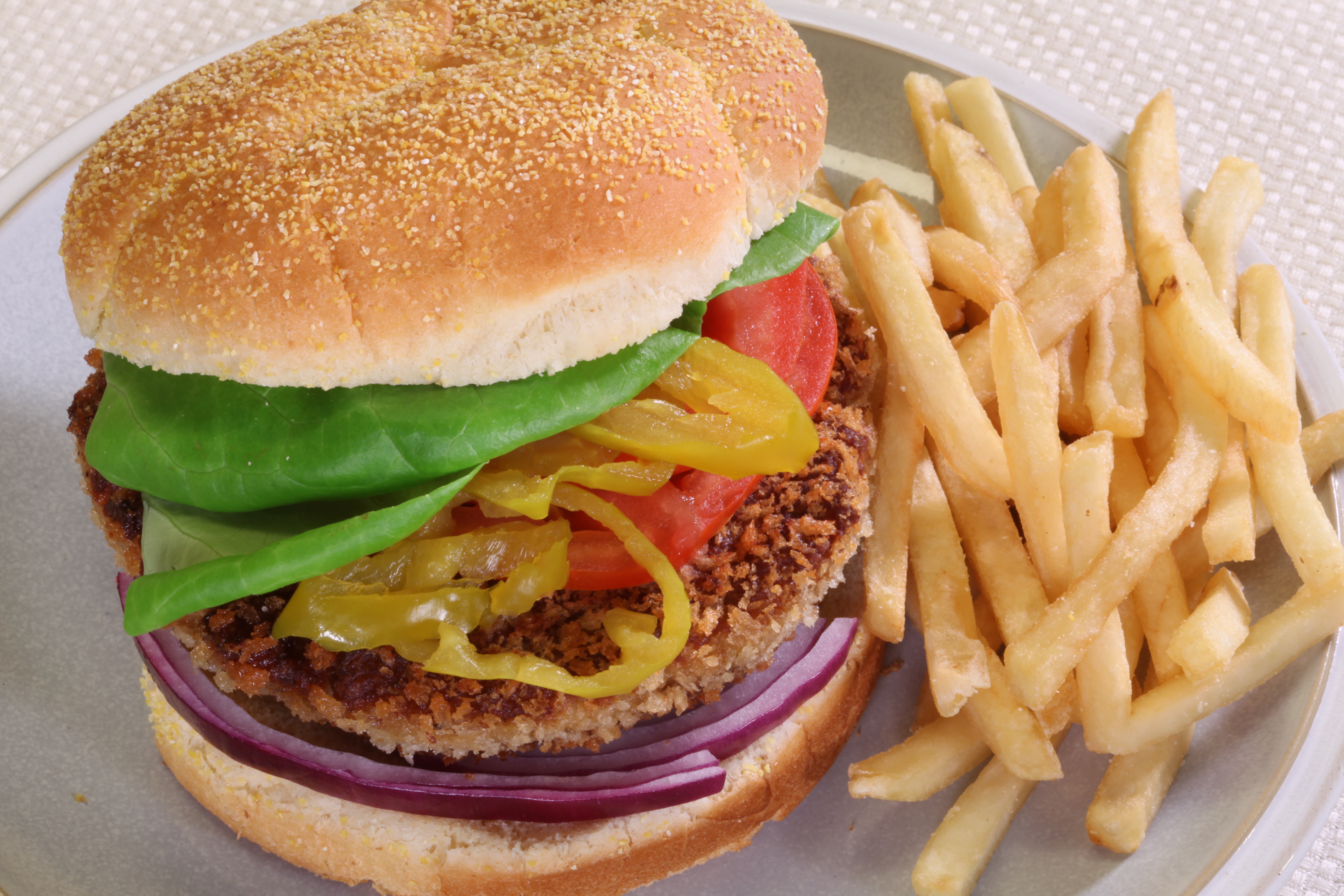 Copi were initially introduced in the Midwest to filter the water for commercial fisheries. But when they got out into the natural environment, their numbers quickly exploded, overwhelming the native fish populations. A strong effort is underway to keep Copi from entering the Great Lakes where scientists believe their presence would be devastating.

The goal is to increase demand for the fish which is a very popular seafood in Asia and the most consumed fish everywhere in the world outside of the United States. Roy says because Copi is high in iron, protein and omega-3 fatty acids, it’s the second-heathiest fish to eat, behind only wild-caught salmon. 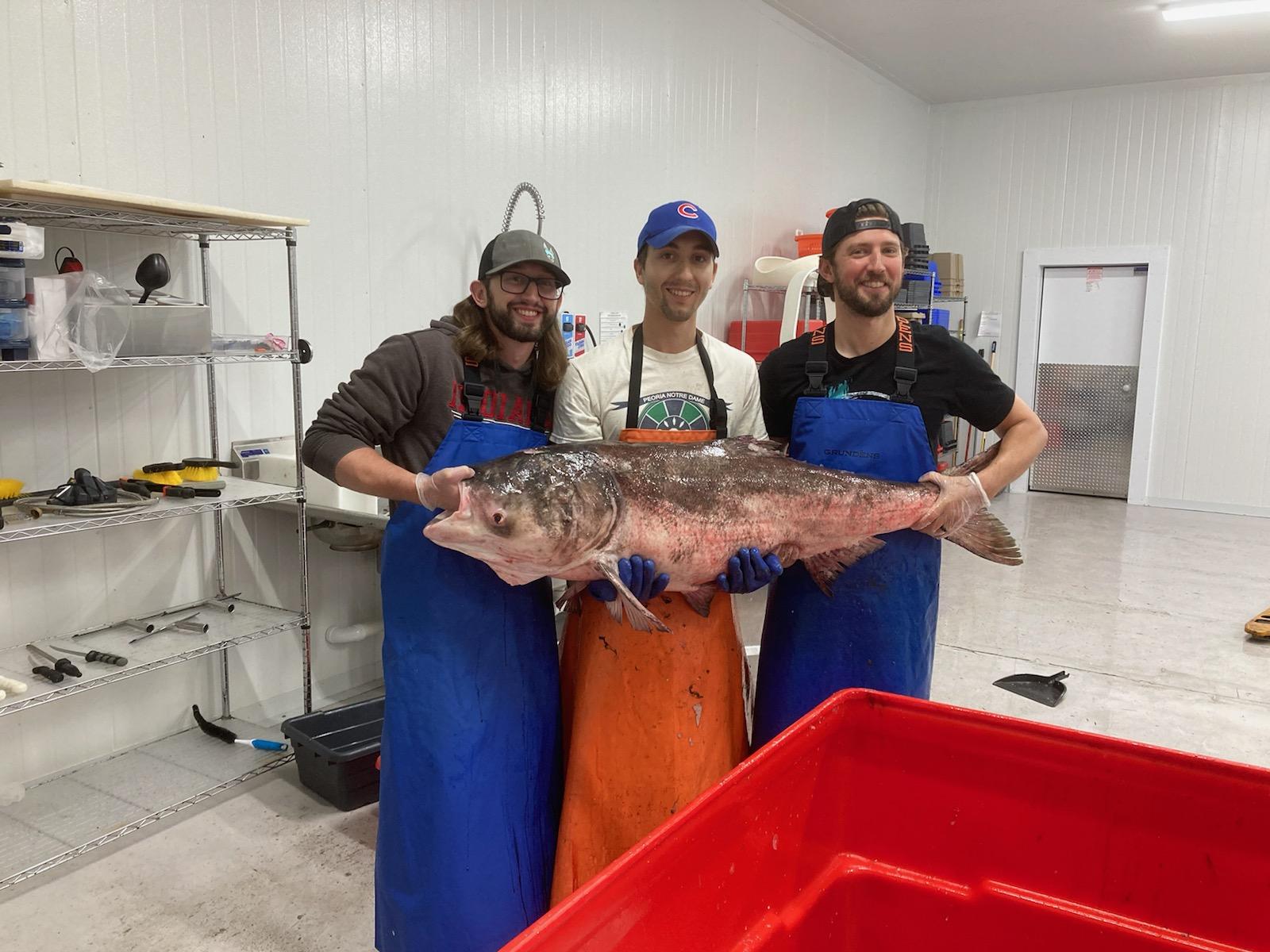 The Midwest Fish Coop harvests about 150,000 pounds of fish a week across a 60-mile stretch of the Illinois River. But because a female Copi can lay up to 2 million eggs a year, Roy promises they could harvest twice as much and still not make a dent in the overall fish population.

That’s why he and others believe it’s so important to develop a consumer market for Copi—and if people just try it, it shouldn’t be difficult.

“It’s the ideal product for feeding the masses,” Roy said. “Schools, nursing homes, the military, it’s a matter of people having an open mind. It checks all the boxes. By removing an invasive species, it’s good for the environment. It creates jobs, it’s healthy for you and it tastes good too.” 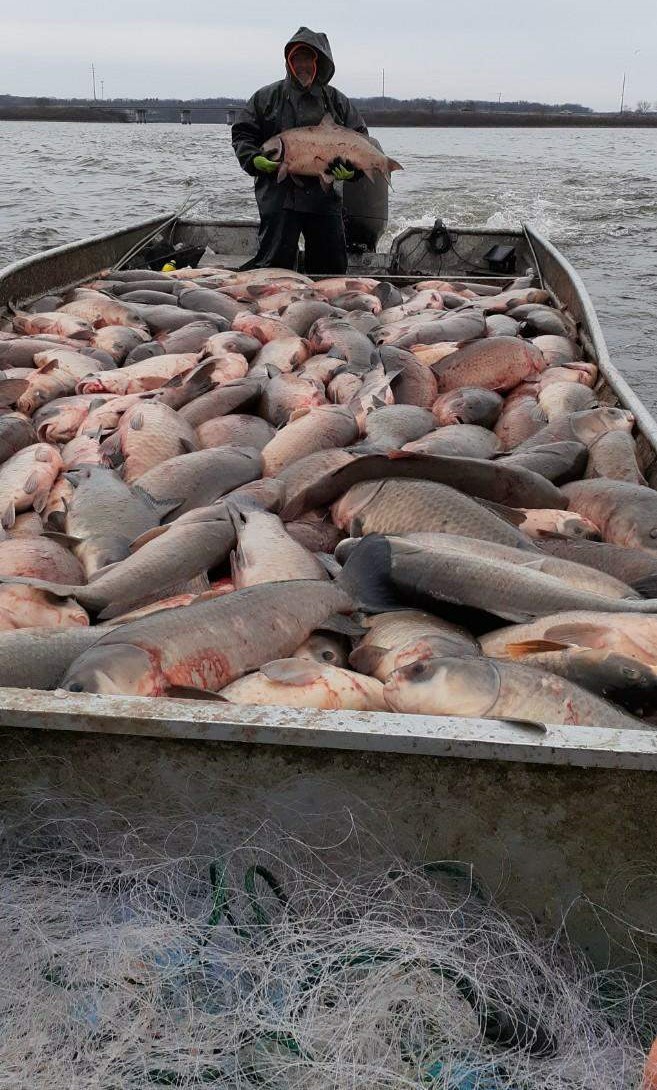 Copi has a clean, mild flavor that works well with a wide range of seasonings. It is also very versatile—it can be fried, steamed, broiled, baked, roasted or grilled. It also can be ground for burgers, fish cakes, dumplings or tacos. It’s more savory than tilapia, cleaner than catfish and less flaky than cod. 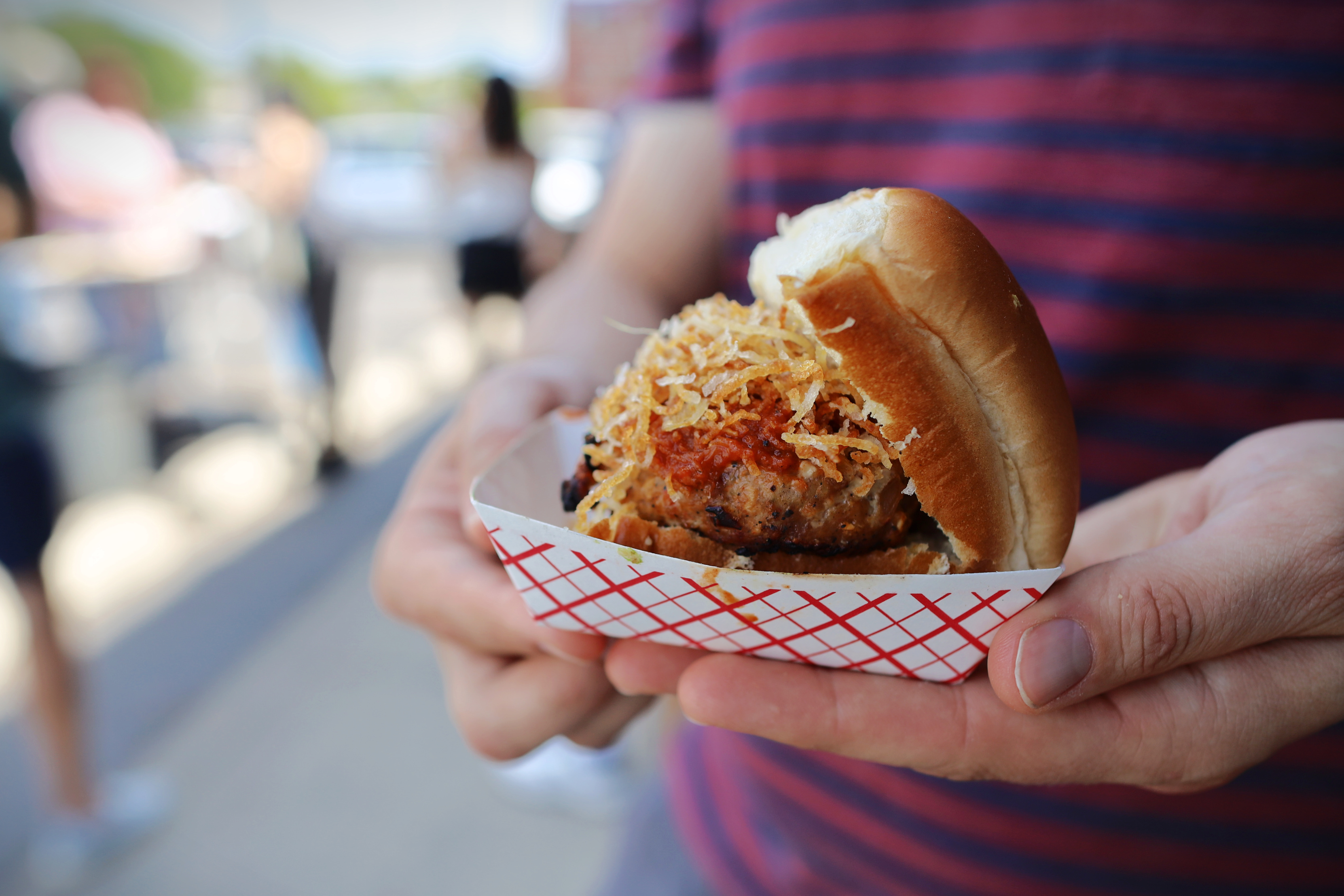 Sorce Freshwater processes about 4,000 pounds of Copi weekly. It is either minced or sold in strips so that all bones are removed. Overall, it’s a zero waste product. While some parts like roe may be removed for delicacies, even the leftover parts of the fish can be turned into either bait or fertilizer. What Sorce is unable to process itself is sold to other processors around the Midwest and even across the country.

“As long as we work together, we can make a difference,” Roy said. “Every fish we catch puts less pressure on the dams upstream and ultimately the Great Lakes.” 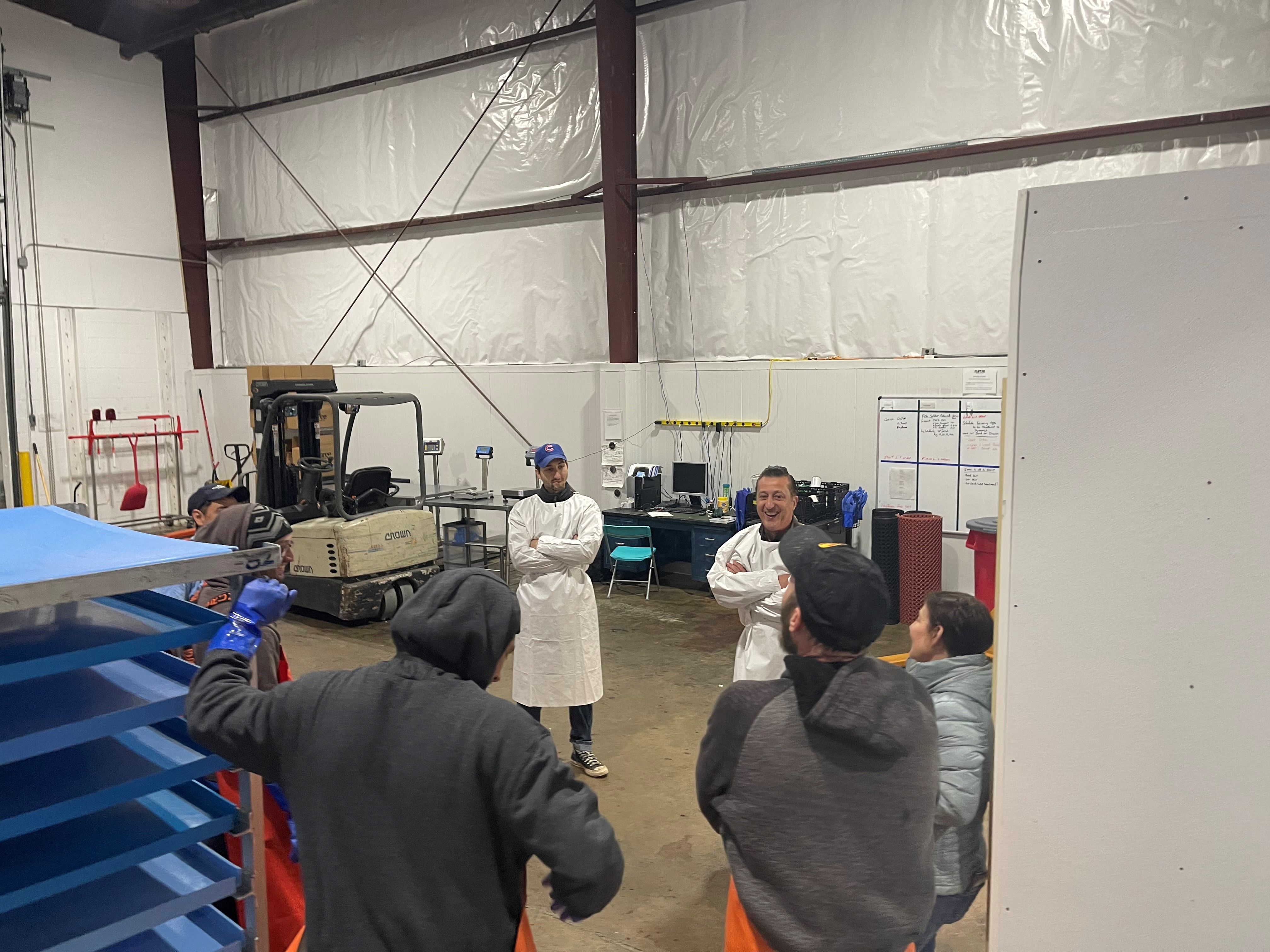 Roy is excited for the commercial possibilities by partnering with Market Wagon. Roy says before the formation of Midwest Fish Coop and Sorce Freshwater, fishermen were lucky to make $40,000 a year working 6 long days a week. Now they can pull in three times that amount working just 4 days a week. 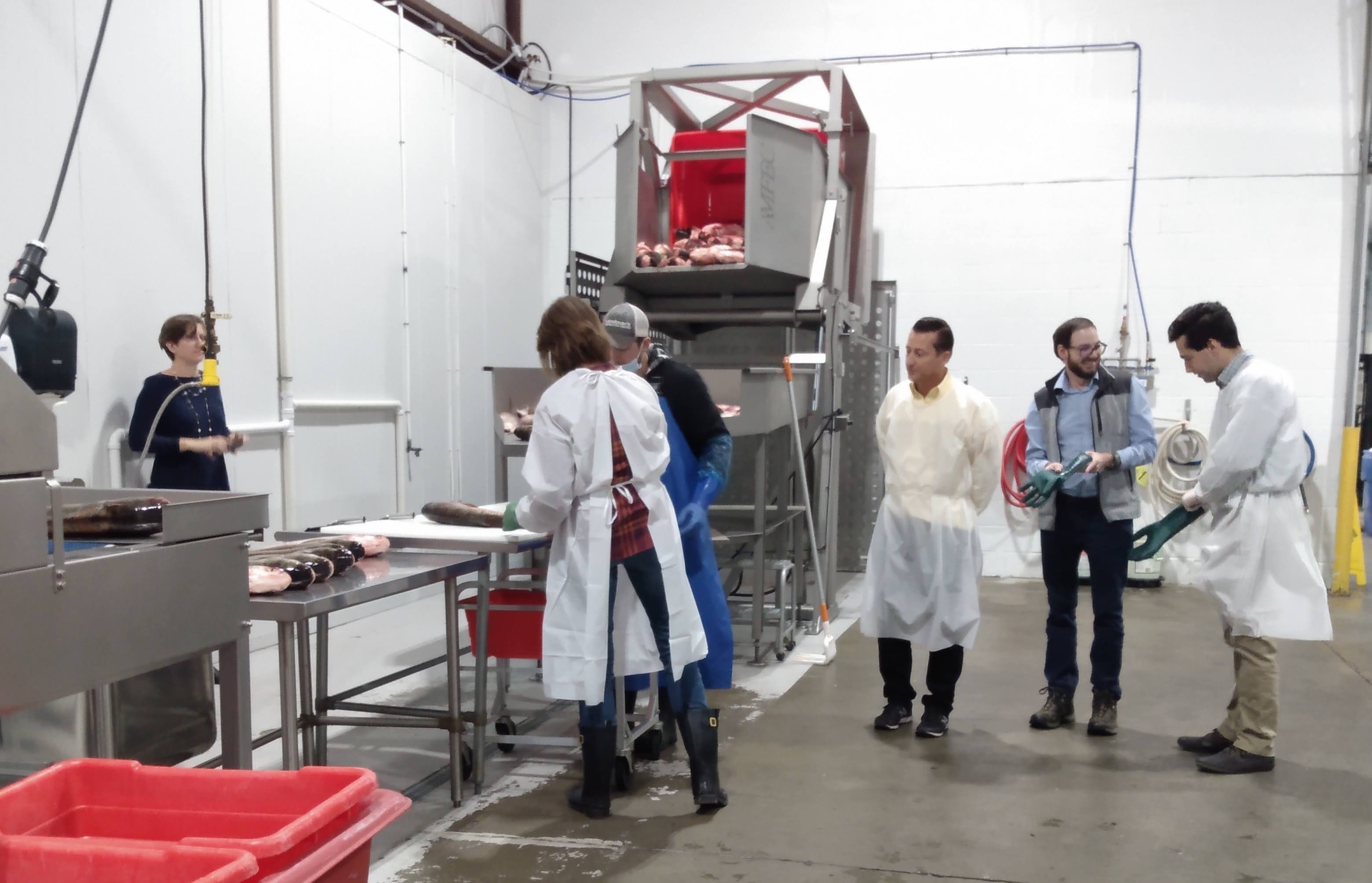 Roy believes the more that individual consumer demand increases, the better it is for everyone. For now, fish has mostly been sold to restaurants, suppliers of ethnic food or other niche markets rather than on a truly commercial scale. But he hopes that can change by being able to seamlessly deliver to someone’s door with Market Wagon. In fact, Market Wagon is the first online retail for Copi. 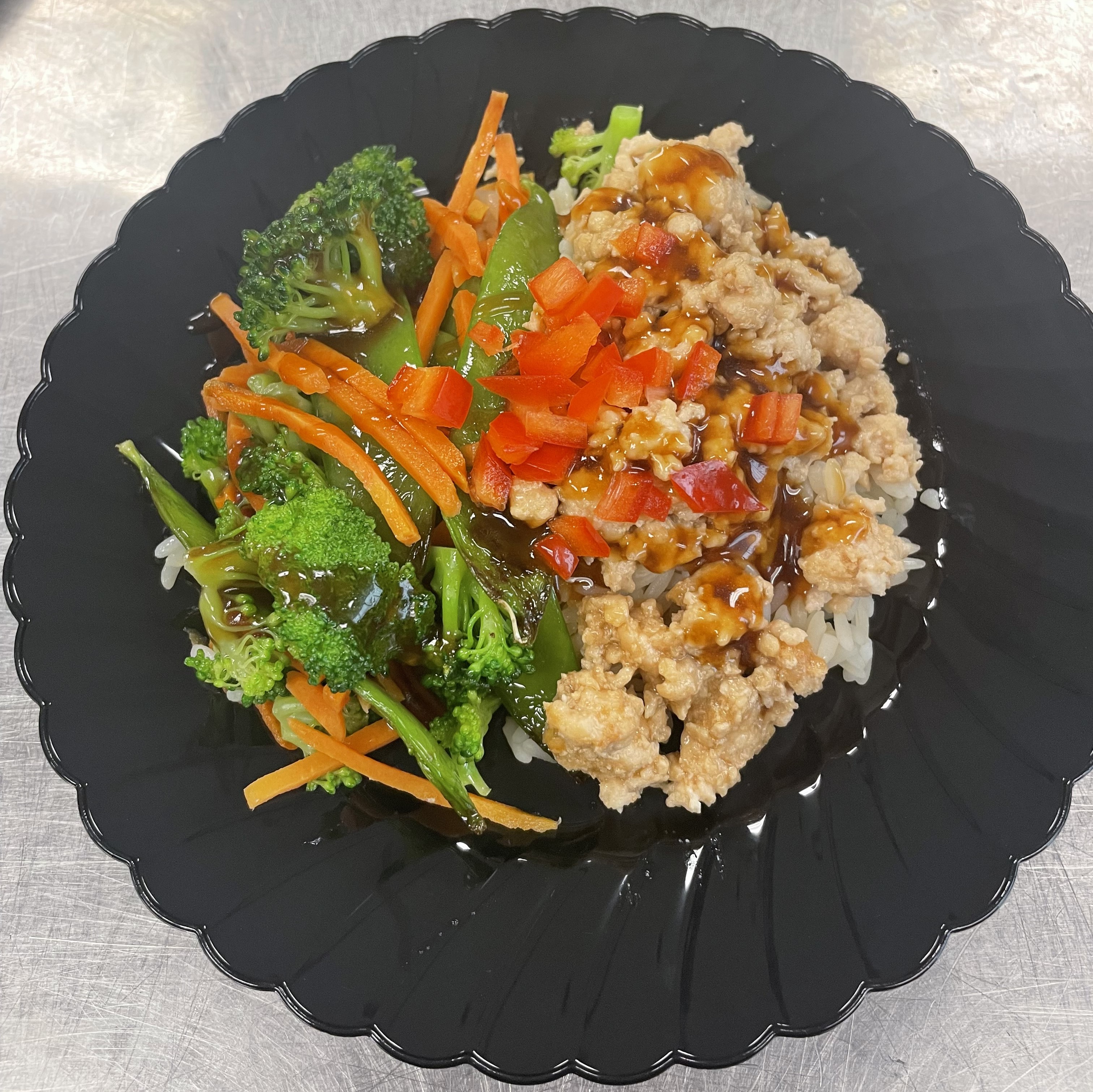 Copi strips are truly an open palate for a cook or chef. They can be deep fried, air fried, added to chili or soup. Roy said seasoning or flavoring is a must because the fish naturally has very mild flavor and no odor.

The minced Copi is the other option on Market Wagon. Roy says it has the look and feel of ground turkey once it is cooked and promises that it binds really well together for a patty on the grill with just a little bit of salt. 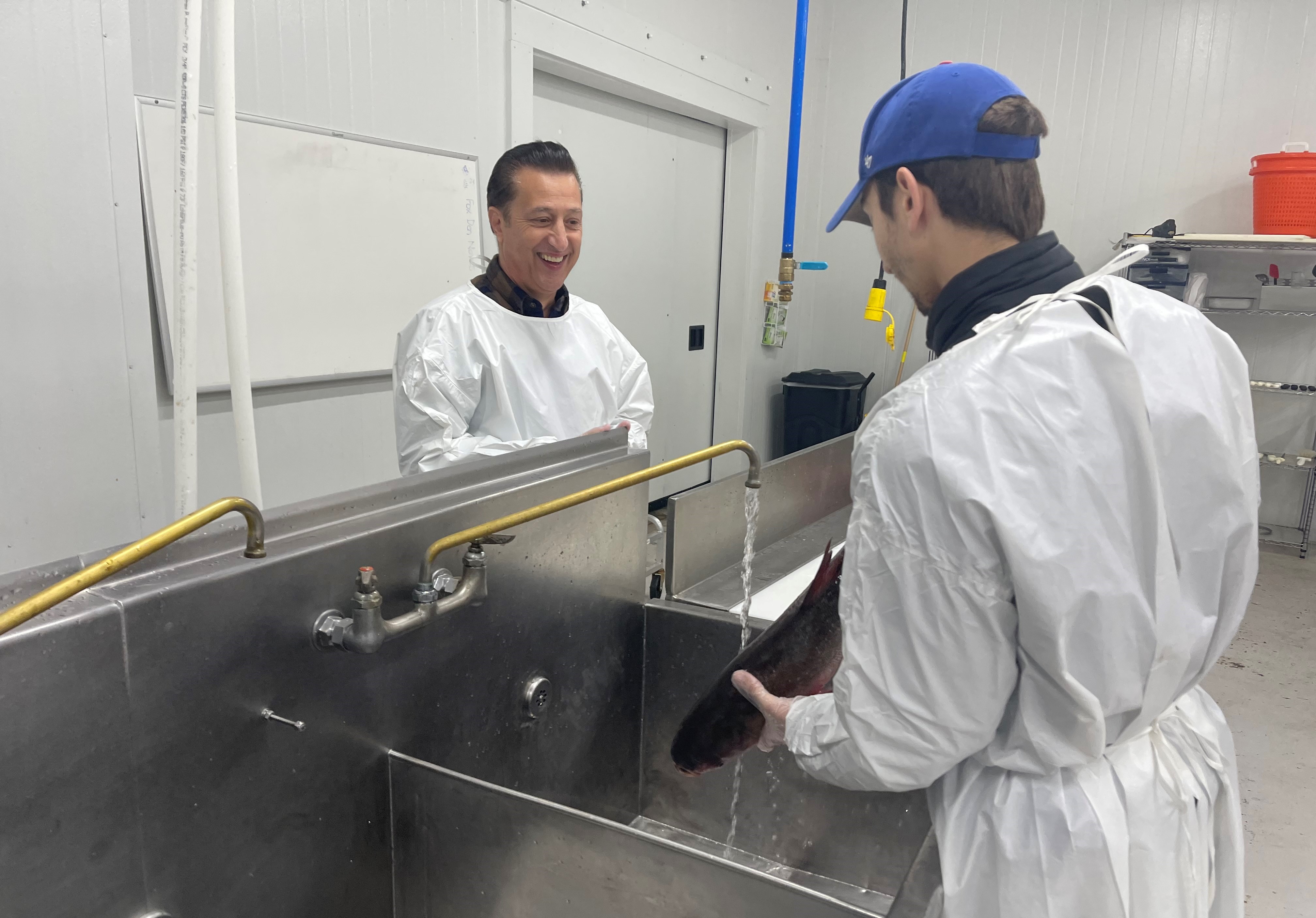