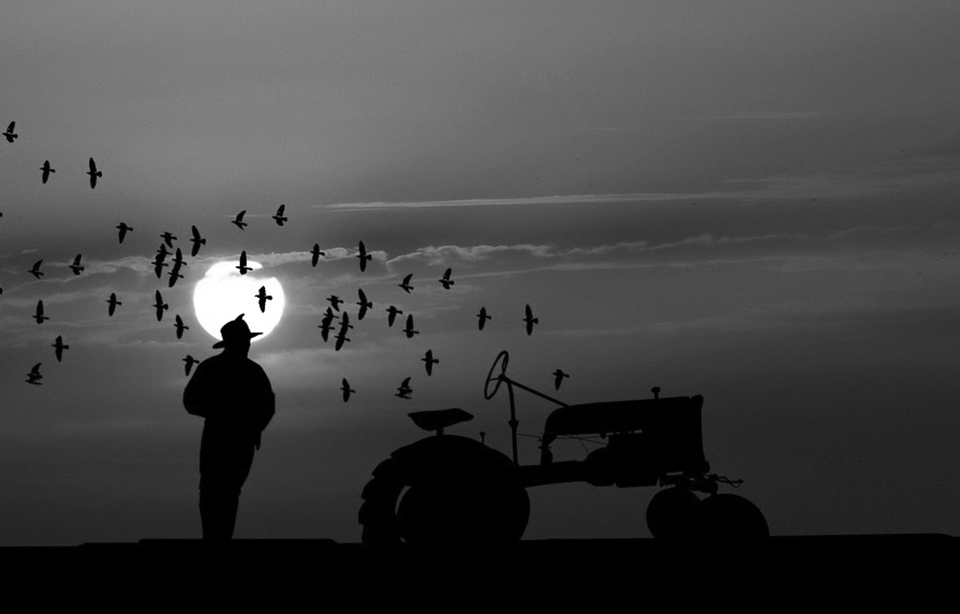 Instead of Layoffs, This Factory Put its Workers in Debt: The Untold Story of Industrial Agriculture's Injustices.

The factories are closing. Jobs are leaving our cities. People are caught in the crossfire of shifting policies, both domestic and abroad.

It's a narrative that is all too familiar in America.

But there is another narrative that has not yet reached most Americans' ears. It's the story of another factory whose failure is inflicting a greater economic burden on its workers. This factory, the "factory farm," didn't lay off its workers. Instead, it put them in debt, drove them to bankruptcy, and in far too many cases, even suicide.

When JD Vance released Hillbilly Elegy in 2016, most Americans thought rural towns seemed like a strange place to talk about a "culture in crisis." What about urban food deserts? Inner city neighborhoods? What about other fast-growing minority groups in America? So much action and advocacy is given to these areas. We know about the troubles and challenges there and they are real. In fact, there is probably another benefit luncheon this Thursday at a community center near you.

But, white, rural America? You mean, like... Farmers? Crisis? Really?

Rural Americans are struggling to make ends meet. And, data suggest that they struggle even more so than their urban counterparts. With incomes 25% lower than those in urban neighborhoods and many households averaging just around the poverty line, small, rural, mainly white towns across the country make up the greatest amount of SNAP and WIC benefit recipients.

How can there be so great a disparity in social justice in our midst without a public outcry? This is millions of people. Where is the benefit luncheon?

The trouble is, this story is distant from most of us. The main economy in rural communities is agriculture—an industry that is so foreign to those outside of it, the headlines about its crumbling don't connect with many readers. It's no wonder the hardships of farmers is barely a blip on our radar. Where our food comes from, or how it was produced, is rarely a concern to the average American.

In the early 20th century , the agriculture industry enjoyed a simple, market-driven solution to managing supply. If there was a need for a particular crop, prices were high, and farmers would plant it. If not, they'd look for a better-paying crop. And some years, it even paid to let ground lay fallow. The market kept prices and—as an environmental bonus—land cultivation in check.

Then, in the 1970's, thanks to former Secretary of Agriculture, Earl Butz, farmers were encouraged to plant "fencerow to fencerow" and to "get big or get out." Wouldn't that create surplus, you ask? And don't surpluses depress prices? Yes, it would. But a boon in international trade held the promise of surplus going overseas. Or, it could be made into feed for animals in confinement—a new practice in the 70's that was sure to be the future of food.

Mass production on this industrial scale required capital and sophistication. Small farms had no place in the new scale of agriculture. Large farms grew and grew, fueled by all-too-available loans, guaranteed by the USDA.

But the economies of scale that had been predicted never materialized. Then other countries began getting into the industrial agriculture game, too. America wasn't the only nation offering large-scale food on the global market. The market that was promised for America's surplus production never emerged. But the productivity of the American farmer couldn't be slowed.

The struggling farms had already used debt to finance Butz' call to "get big." Then, as the markets faltered, they took out more loans to cover their losses. In three decades from 1950 to 1980, farm debt grew 15x in America. That's more than student loan debt and consumer debt combined.

As prices continued to decline in the 1980's, life-altering challenges such as bankruptcy and even suicide plagued farms. Those surviving tried to get creative by feeding surplus grain to confined pork. But that only created a surplus of pork, and in the late 1990's that market crashed, too.

Today, the U.S. government still tries—and fails—to find solutions for farms and surplus crops. Recent programs like the ethanol subsidies buoyed corn prices for a time, but they weren't ultimately connected to demand from the market, and so they eventually fail. Even something as banal as milk is currently feeling pain as that corn surplus led dairy farmers to overproduce corn-eating dairy cows. Like the grain farmers of the 80's, they are now producing far more milk than can be consumed, driving prices down at an unthinkable cost: Current suicide rates among farmers are double that of the national average, even exceeding that of combat veterans.

The Solution Involves Everyone.

Amid all this decline, struggle, and despair swirling in rural America, a ribbon of hope has emerged in the new millennium. Despite almost all indicator numbers in the ag industry going down, the number of farmers markets have nearly doubled since the mid-90's. American farmers today sell nearly $10 Billion of food directly to the hungry families. Farms are bypassing the supermarket and leaving the promises of a global exports market behind.

Thanks to the direct-to-consumer nature of a farmers market and murky waters of the over-processed and highly-political food system, consumers and farmers are taking control. Armed with the knowledge of the past, farmers are asking what people need. They are actively looking to learn what the market today demands.

Likewise, consumers are vocal about what they want—and it isn't more corn and soy. American buyers want fresh vegetables, flavorful fruit, meat grown responsibly and not in confinement, food with a small environmental footprint and, above all else, food they feel they can trust to feed to their family.

Together, farmer's and consumers are reviving what was once common in our grandparents' generation. Rural agricultural communities are growing a strong, sustainable—in every sense of the word—agriculture industry.

Market Wagon is giving the industry a 21st century touch with the power of technology. Recognizing both the shopping habits of a modern family, as well as the needs of the rural farmer, Market Wagon connects farmers directly with you, the shopper—reconnecting "agri" and "culture," bringing together these two worlds, and reinvigorating a new generation of food producers.