Food bred to nourish the world: ‘Orange’ you glad you can enjoy a smarter and healthier corn with Professor Torbert’s?

Purdue University Professor Torbert Rocheford has dedicated his life to helping solve a malnutrition problem responsible for 125,000-250,000 childhood deaths a year globally. Now his efforts are also paying off with a product that could change the American food supply. And he’s got the March Madness commercial to prove it!

By partnering with Market Wagon to offer Professor Torbert’s Orange Corn, it’s now easier than ever to taste the difference for yourself and understand why he’s working to build a better food system with every hand-selected kernel.

The story begins more than 20 years ago as Torbert Rocheford began working to nutritionally enhance corn through natural selection. Corn is the predominant staple crop throughout most of sub-Saharan Africa and many other parts of the world but naturally has very little vitamin A.

That’s a problem because vitamin A deficiency is estimated by the World Health Organization to cause up to 500,000 children to go blind every year, with half of those children dying fewer than 12 months later.

In the 1990s, Torbert focused his work on understanding the science behind how carotenoids accumulate in corn kernels. Carotenoids are the same natural antioxidant pigments which make carrots and pumpkins orange.

While some carotenoids are a great source of vitamin A, others have different health-protecting benefits. Over the next 20 years, Torbert and his colleagues were able to make breakthrough discoveries resulting in naturally bred, non-GMO, high provitamin A orange corn varieties that can now be found growing in more than ten African nations.

But he wasn’t done.

While Americans rarely have vitamin A deficiencies thanks to a more diverse diet and foods that are artificially fortified with vitamins, many men and women struggle to get enough of pair of carotenoids called lutein and zeaxanthin. This puts them at a significantly increased risk of developing age-related macular degeneration, the leading cause of vision loss in the United States.

Evan says nutrition and taste for consumers have taken a back seat to a singular focus on yield and production performance for too long.

“Corn is the building block of the American food system,” Evan adds. “If we can increase the nutrition value of corn with 3, 4, or even 5 times the number of carotenoids, it would have really big cascading effects. It would make chickens more nutritious. They would produce darker yolks. Beef produced by cattle feeding on orange corn would also be better for you too.”

Evan says if you look back 100 years ago, approximately 50% of American corn was white. Yellow became dominant after it was shown to produce better outcomes when fed to livestock. Now, only about 1% of the corn grown in the U.S. is white. Evan says it’s time for another evolution, one that will produce better outcomes for people, not just animals.

“We want to make orange the new yellow. Hopefully in 50 years, what we now call ‘Orange Corn’ will just be called ‘corn.’” 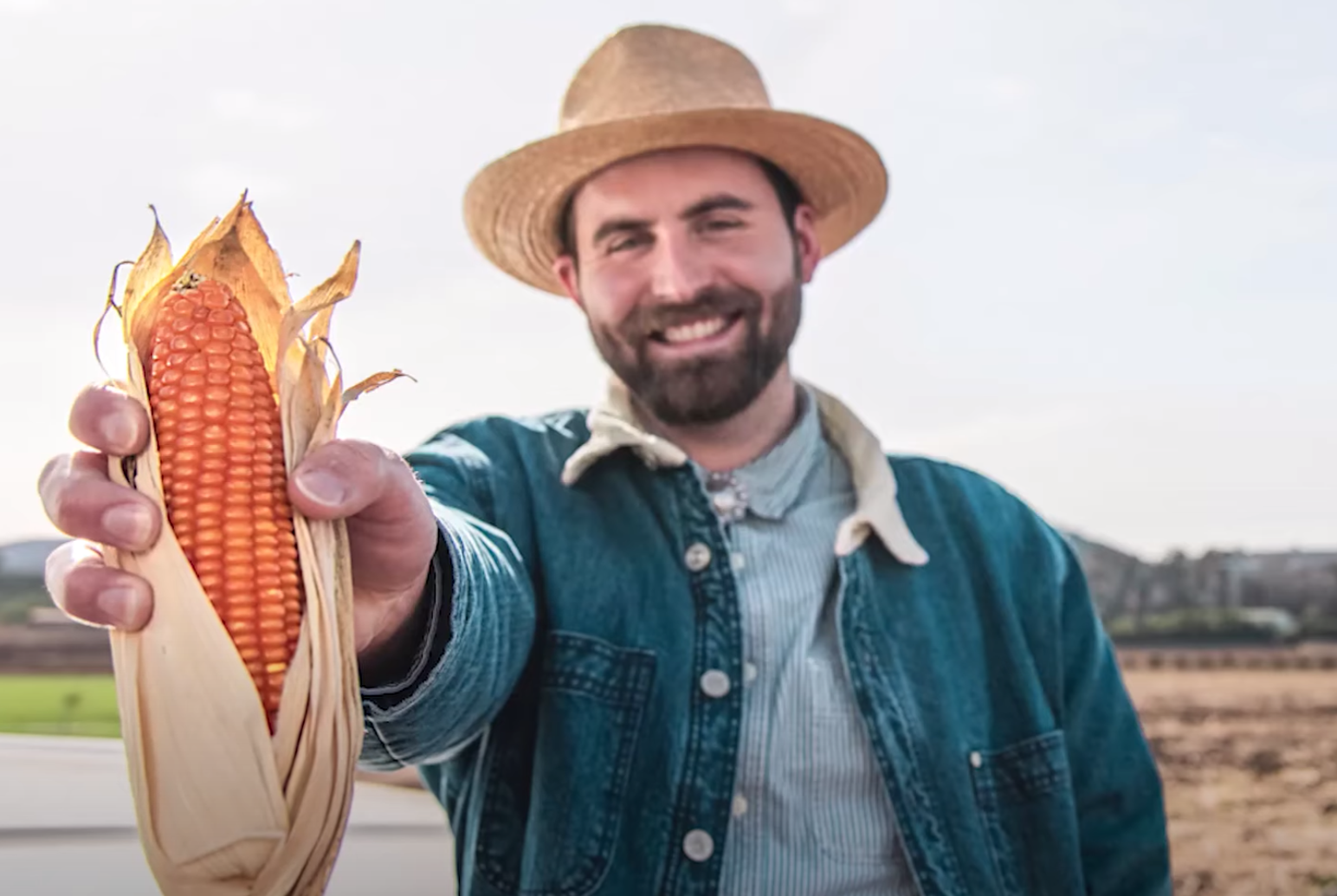 Orange Corn got a big boost in 2021 with a national ad campaign partnering with GoDaddy, culminating in a commercial spot widely airing on TV including during New Year’s Rockin’ Eve and March Madness.

But Orange Corn has been an offering on Market Wagon for much longer than that, joining the platform soon after Professor Torbert’s launched in January 2019.

Evan says the partnership is only natural. He sees Professor Torbert’s and Market Wagon as brands which are both working to build a better food system.

For now, Orange Corn is grown by a family farmer in Rushville, Indiana, halfway between Indianapolis and Cincinnati. It’s milled in Rochester, Indiana, between Fort Wayne and Chicago. But as word gets out, and the gospel of Orange Corn spreads to more ‘ears,’ look for that to change in the years to come.

Professor Torbert’s sells two products on Market Wagon—corn grits and corn flour. In addition, the Central Indiana also has corn meal. Each offering is non-GMO and gluten-free. In fact, there’s just a single ingredient in each bag: Orange Corn.

Whether it’s cornbread, fried chicken, pizza dough, pancakes or polenta, you can use Professor Torbert’s Orange Corn in place of traditional ingredients when cooking. Plus, take a little extra satisfaction knowing a percentage of your purchase provides Orange Corn seed to a farmer in Africa, empowering them to address malnutrition in their own community.