While today there are nearly 2,000 food producers and artisans who partner with Market Wagon, it really did begin on one small Midwestern farm. The name of that place is Honey Creek Farm, located in southern Howard County, Indiana. Without those 80 acres, it’s very possible Market Wagon would never have been created, leaving more than 45,000 customers to fend for themselves in a quest to find local food.

Market Wagon co-founder and CEO Nick Carter grew up on those 80 acres. He was the fourth generation of Carters to farm in the immediate area. When Nick was born, Honey Creek Farm was still a very diverse operation raising animals like beef, dairy, pork and ducks as well as crops like barley, wheat, alfalfa and, of course, corn and soybeans.

The physical location of Honey Creek is no accident and a story all its own. Decades ago, Nick’s grandfather bought the land because it was across the road from the father of the woman he loved. In a handwritten letter he said, “Someday, I hope to be more than neighbors.” Those words proved prophetic when he married Nick’s grandmother. 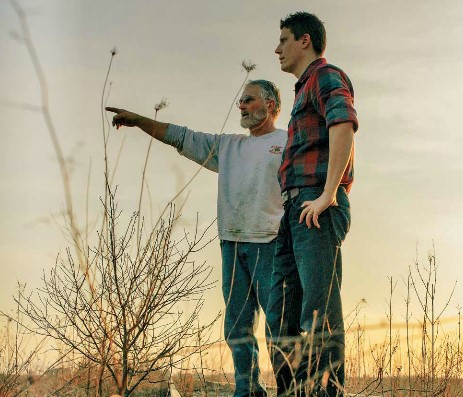 Back in 1986, when Nick was 3, his dad made the decision to move the hogs inside off the pasture and feed them entirely inside a climate-controlled barn. Agriculture experts at the time believed Confined Animal Feeding Operations or CAFO’s for short, like the one Nick’s dad built would be the way of the future because so much more pork could be produced using those methods, rather than on a pasture. It also released the rest of the acreage on Honey Creek Farm for raising corn and soybeans.

For the first decade, it was a very profitable enterprise. Nick remembers the fright when he was a little boy using hog panels to move massive sows who outweighed him by a couple hundred pounds.

But in 1997, the pork market crashed. Meat that had previously sold for well over $1 a pound fell to 9 cents. Nick’s father had to get a full-time job elsewhere to support his family. If not for his conservative business instincts, he would have lost the farm entirely, like far too many farmers did during that time. 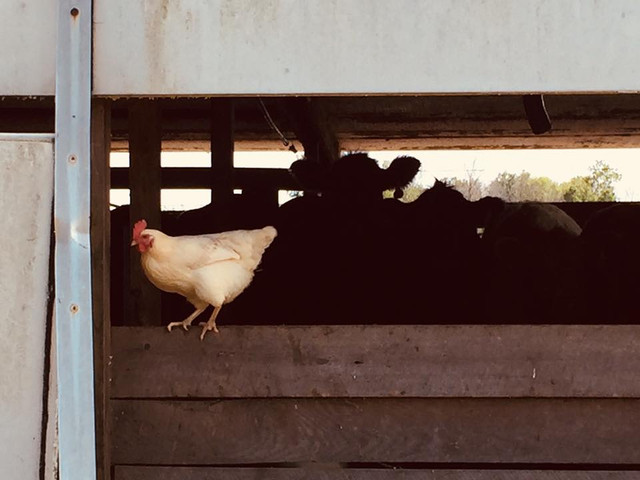 As a teenager, Nick knew he had to look elsewhere as he talked with the high school guidance counselor about plans after high school. “Farming was nowhere on the table,” Nick remembers with a chuckle. “It was not one of the career options.”

By this time, Nick’s passion for entrepreneurship had already emerged, starting his first business at the age of 16, selling auto parts online. While he decided to go to college, it didn’t take long before he dropped out to focus on his startup business ideas. Over the next decade, he began several new ventures. While a few failed entirely, others proved quite successful.

It was at this point in his life, Nick says he sat back and pondered what he wanted to do next. Honey Creek Farm, the time he spent on those 80 acres, kept coming back to mind.

To help small family farmers and artisans like his dad thrive, he knew he needed to provide a way to get their products directly into the hands of customers. That idea helped create Market Wagon almost six years ago. Nick brought the experience he had gained as a tech entrepreneur to the food world, writing the computer code and developing a software platform that still powers Market Wagon’s massive marketplace today. 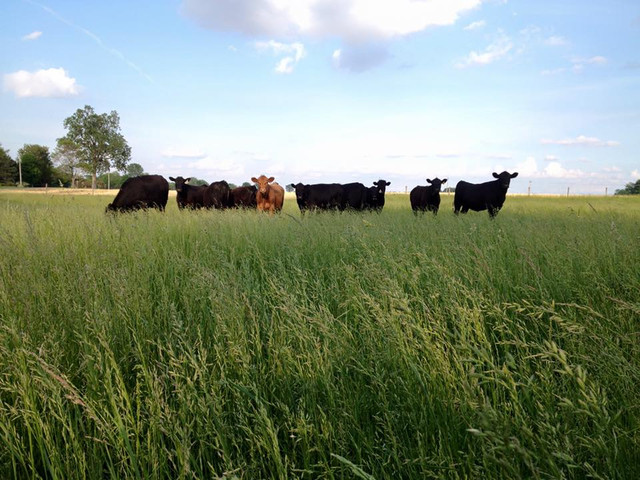 Honey Creek Farm was the first official vendor on Market Wagon. His dad had always kept a few beef cattle on a couple acres of untillable land for stocking his freezer. But word slowly got out that the Carters raised tasty beef. Over the years, the number of cattle kept inching up because of demand. The clamor for Honey Creek meat only rose with Market Wagon’s creation.

In 2017, there was a watershed moment for Honey Creek Farm. Hogs were brought back to the farm for the first time since the market crash in 1997. This time, the pigs were back where they belonged, pastured-raised in outdoor paddocks.

The significance of the timeline, coming exactly 20 years after the farm had been forced out of the market, is not lost on Nick.

“It felt like an opportunity to start over. This is not going back in time. It’s taking a second shot of what it must look like to grow the farm sustainably, knowing now what we didn’t know back then.” 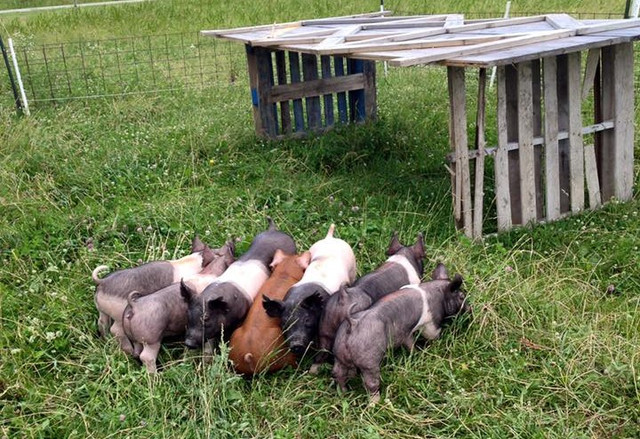 The year 2017 was also the year Nick purchased property on the northwest side of Indianapolis to start his own family farm called Mud Creek Farm. It was a distinct choice so that he could not just be an employee and CEO of Market Wagon, but also a vendor. He raises eggs, goats, tomatoes, cucumbers, peppers, squash, onions and sweet corn when it’s in season. Honey Creek Farm and Mud Creek Farm are combined on the Market Wagon platform under the name of Mud Creek Farm.

Nick loves farming because he believes it’s the simplest way to see the impact of productivity and grasp the value of hard work for his three children.

“They love farm life but it is hard work. It’s not all glamor,” he says with a laugh. “You have to love farming because the work is difficult.”

As for Honey Creek Farm, Nick hopes to keep it in the Carter family for at least another generation. And with three kids of his own and five nieces, along with the ability to sell on Market Wagon, he likes his chances. 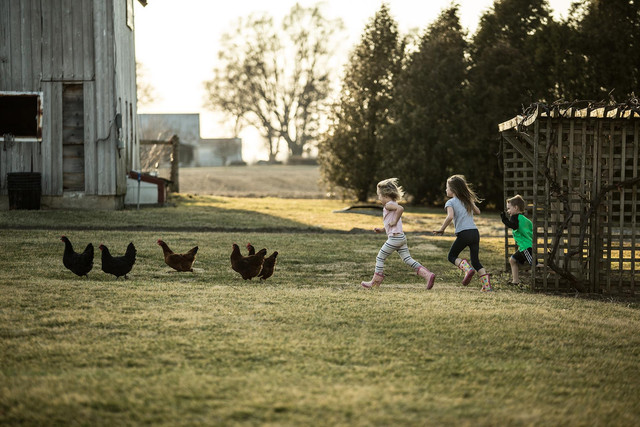 In this week of celebrating the Harvest Season and sitting around the campfire telling stories, enjoy this story about Honey Creek Farm, land purchased generations ago because of love, and land that is likely to continue for generations to come. Thank you to our loyal customers who keep coming back and supporting local farmers and food producers.

There’s no better time than now to continue supporting food producers in your area than by reviewing all the Thanksgiving items for sale in your marketplace, including turkeys you can preorder in most cities. 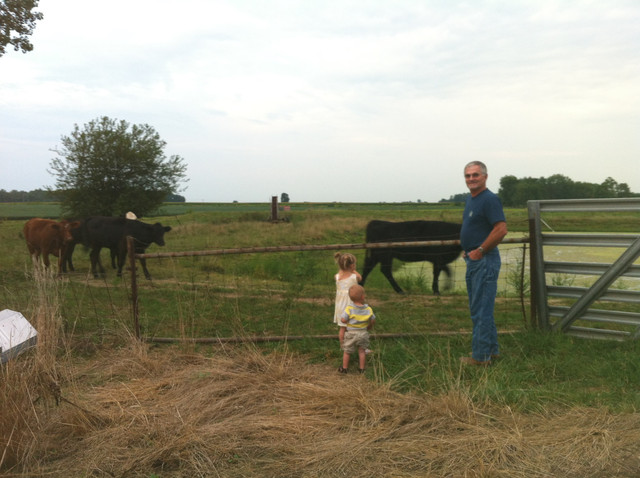